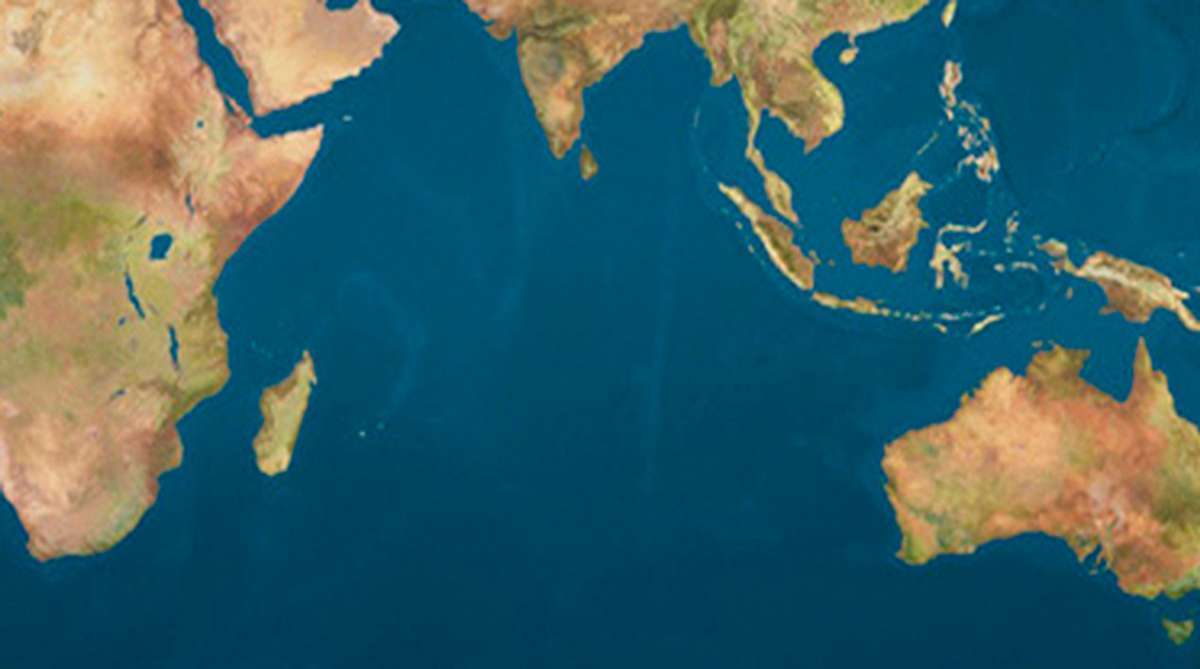 India and Indonesia have upgraded their bilateral ties to Comprehensive Strategic Partnership on the eve of 70 years of diplomatic relations bringing the Indo-Pacific into focus as they signed 15 MoUs or agreements. Prime Minister Modi, who is on a five-day three nation tour of Southeast Asia, was in Indonesia before moving on to Malaysia and Singapore (where he will deliver the Keynote Address at the Shangri-La Dialogue).

India and Indonesia have in the recent past witnessed some intensive engagement in the political, strategic, defence, security, and economic spheres. Meetings which took place included Ministers of Foreign Affairs, Security, Defence, Trade, the visit of the Chief of the Indonesian Armed Forces and of course the Modi-Jakowi meeting on January 25, 2018.

Indonesia as the biggest ASEAN member in its neighbourhood, constitutes an important part of its Act East Policy. It may be re-called that India and Indonesia had signed defence agreement in 2001. India and Indonesia relationship was upgraded to strategic partnership in 2005.

India’s relationship has spanned the spectrum from mil-mil relations (including exchange of high level visits by the chiefs) and space collaboration. The agreement between the two countries in the field of defence is the most important one. India and Indonesia have agreed to start a regular bilateral dialogue and consultation on strategic defence and military issues of common interest, exchange of strategic information, military

education, training and exercise, cooperation among the Armed Forces, humanitarian aid, disaster relief, peace-keeping and medical services among others. The Framework Agreement between India’s ISRO and Indonesia’s LAPAN was also signed for cooperation in the exploration and uses of outer space for peaceful purposes. This agreement has been further buttressed by a third MoU between the two countries on Scientific and Technological Cooperation, which would support collaboration in Information and Communication Technology, Marine Science and Technology, Energy Research, Disaster Management, Geospatial Information, Applied Chemistry, etc.

A more durable basis for policy coordination is provided by yet another MoU between the two countries on policy dialogue between the two governments and interaction between their think tanks. An important commitment which has been reiterated during the latest visit is with regard to the annual summit meetings of the leaders (which could be scheduled on the margins of a multilateral event).

Owing to their geo-strategic location, India and Indonesia share common concerns in the Indo-Pacific region. The two leaders welcomed the adoption of  the “Shared Vision on Maritime Cooperation in the Indo-Pacific between India and Indonesia”. There is immense potential for creating synergies between India’s Act East Policy and Prime Minister Modi’s vision of ‘SAGAR’ (Security and Growth for All in the Region) on one hand with President Joko Widodo’s Global Maritime Fulcrum Policy, on the other. The Indonesian President declared the Global Maritime Fulcrum (GMF) or what has been termed Jokowi’s ‘maritime axis doctrine’ at the Ninth East Asia Summit in Naypyidaw, Myanmar on November 13, 2014 in which he presented five pillars of the concept. Indonesia’s geographical location means that it is ‘gatekeeper of the two oceans’ and commands the major sea-lanes such as the Straits of Malacca, the Sunda Strait, the Lombok Strait and the Ombai-We-tar Strait.

It may be recalled that when President Jakowi visited India in 2016, Maritime cooperation was an important focus of discussions as is evident from the fact that a separate Joint Statement on Maritime cooperation issued on Dec 12, 2016 in which it was mentioned that the two had similar perceptions of the regional and global maritime environment. The two countries have been past Chairs of the Indian Ocean Rim Association (IORA) and played active role in building a peaceful, stable and prosperious Indian Ocean region.

An important move forward has been the willingness to progress from dependence on hydrocarbons and fossil fuels to renewable energy and  more energy efficient new and renewable energy technologies to ensure energy security. Tucked away in Para 45 is a pointer of utmost significance: “Both leaders welcomed potential cooperation in the area of peaceful use of nuclear energy and looked forward to the early renewal of an agreement on Cooperation regarding the Utilization of Nuclear Energy for Peaceful Purposes”.

After a long hiatus, the India-Indonesia relationship seems to be headed in a direction where the immense potential may begin to be realised. This is best indicated in the Eminent Persons’ Group Report which states: “There is considerable compatibility between India’s Act East Policy and the New Indian Ocean Policy, and Indonesia’s Maritime Fulcrum Policy. Our countries should promote maritime cooperation in defence and security, infrastructure, fisheries, and the Blue Economy as a whole. The two countries can work together to ensure peace and stability in the Indo-Pacific area of great strategic significance to both”.

Udai Bhanu Singh is Coordinator of the Centre for Southeast Asia and Oceania at Institute for Defence Studies and Analyses, New Delhi.

Ahead of Indian Prime Minister Narendra Modi’s visit to Indonesia this week, Jakarta indicated that it is starting to take India’s growing profile in the wider Indo-Pacific seriously. In a recent speech in New Delhi, Luhut Pandjaitan, Indonesia’s coordinating minister for maritime affairs, indicated that Indonesia will be providing India access to the strategic island of Sabang at the northern tip of Sumatra and close to the Malacca Strait, where India is likely to invest in the port and an economic zone. Rapidly evolving regional strategic realities are now forcing India and Indonesia to coordinate their policies ever more closely and after years of neglect; Jakarta is recognizing the role that New Delhi can play in structuring a favorable balance of power in the region.

Indonesian President Joko Widodo had visited India in December 2016 with a promise to elevate India-Indonesia ties. During that visit, the two nations had taken aim at China’s aggressive stance on the South China Sea when they “stressed the importance of resolving disputes by peaceful means, in accordance with universally recognized principles of international law, including UNCLOS.” This is significant as both India and Indonesia do not have a direct stake in this dispute. But both are concerned about China’s territorial expansionism and its reluctance to abide by global norms. Modi and Widodo also want their nations to emerge as major maritime powers to ensure a stable maritime order in the region, one that is under stress because of China’s rapid rise and America’s growing reluctance to be the sole guarantor of regional security. Where India is worried about the security of the sea lanes of communication in the larger Indo-Pacific area, Indonesia has been concerned about Chinese maritime intrusions near the Natuna islands, which it claims as part of its exclusive economic zone, as well as Chinese attempts in the past to include the island chain in its territorial maps.

Against the backdrop of the rapidly changing security agenda facing the two nations, they have also now agreed to focus on their defense and security ties in order to jointly combat terrorism and organized crime. Their joint statement condemned terrorism in all forms, underscoring “zero tolerance” for acts of terrorism. It asked all nations to work towards eliminating terrorist safe havens and infrastructure, disrupting terrorist networks and their financing channels and stopping cross-border terrorism. In a message to China, which has been blocking India’s move to get Jaish-e-Mohammed chief Masood Azhar designated a global terrorist, the two nations called upon all countries to implement the UN Security Council Resolution 1267 (banning militant groups and their leaders) and other resolutions designating terrorist entities. The two nations also underline the need to combat and eliminate “illegal, unregulated and unreported fishing” and recognized transnational organized fisheries crime as one of the emerging crimes which needs to be tackled on an urgent basis.

India and Indonesia are also among the very few fast-growing large global economies today. They have also decided to give a major boost to their trade and investment ties by focusing on the areas of oil and gas, renewable energy, information technology and pharmaceuticals. Bilateral trade between the two is expected to grow to $60 billion over the next decade. Both Modi and Widodo are working towards making their respective countries attractive destinations for global investors.

India and Indonesia have been gradually enhancing their security and political ties. The two signed a strategic partnership agreement in 2005 that started an annual strategic dialogue. The next year, they ratified a defense cooperation agreement, initially signed in 2001, which focused on areas of defense supplies and technology, as well as on joint projects. The two have signed an extradition treaty and also a “mutual legal assistance treaty” for gathering and exchanging information to enforce their laws. Joint naval exercises and patrols, and regular port calls by their respective navies, have become a regular feature of the India-Indonesia relationship in recent years. India has also become a major source of military hardware for Jakarta.

Such cooperation is a natural result of geography. Indonesia’s location, combined with its naval forces, allows it to work effectively with India to ensure security in the sea lanes of communication between Europe, the Middle East and South-East Asia. Together, they control the entry point from the Bay of Bengal in the Indian Ocean to the Strait of Malacca. Similarities in democratic governing systems and broad foreign-policy outlooks have helped dramatically: Viewing India’s maritime presence as benign, Indonesia has openly invited India to help littoral states in the region maintain the Strait’s security.

But despite this, the two nations have not been very successful in carving out a security partnership which can meet the challenges of this era. Despite being neighbors with shared cultural and historical links, the two nations have been distant in many ways, as exemplified by the lack of direct air connectivity between the two. The launch of direct air services between the two countries during Widodo’s visit to India is perhaps a signal that finally, ties between the two nations are also set for a launch. Widodo’s visit has not only marked another step in India’s “Act East” policy of encouraging greater engagement with, and integration between, India and South-East Asia but has also signaled that the two large democracies in Asia are growing closer as authoritarian China grows more menacing and America’s future posture towards Asia continues to be mired in uncertainty. Now as Modi lands in Indonesia, Jakarta is signalling that it is ready for a fuller embrace of India. Access to Sabang, where Indian naval ships could also be allowed, is the surest sign of this determination.